Here is the headline from a story about LA Mayor Eric Garcetti’s so-called nonprofit organization in the May 13 print edition of the LA Times:

Garcetti’s charity has received $60 million since 2013, about $4 million of it with no names attached.

Here’s how the publication’s stenographers fleshed out the matter:

“Asked to comment for the story, Mayor’s Fund Chief Executive Deidre Lind said, ‘The focus here should be on the 255,000 Angelenos — and counting — who have received a vaccination, funds to put food on the table or keep a business open, and access to remote learning, thanks to the more than 12,500 generous donors to the Mayor’s Fund.’”

Here’s the real headline on this matter, from me to you:

Lind suggests that Garcetti should be able to take advantage of his public office to raise money and use it however he sees fit—just so long as he spreads a few bucks around. Such logic suggests the public shouldn’t bother asking about how the loot is cut up or who might be getting paid back with sweetheart deals financed from the public purse.

This is the latest report that makes it obvious to me that some well-heeled and self-described “progressives” lack proper underpinnings of intellect and integrity as they tout various policies and political views.

The same goes for too much of the legacy media, as the LA Times reporting indicates.

The lack of intellectual heft leaves an inability to apply critical thinking to circular logic.  Rapacious public officials who claim to be progressive instead drag their supporters on the left into the same trap that snares the alt-right zealots they denigrate.

This tendency reminds me that thoughts of religion are largely absent in today’s politics, unless you count the warped views of demagoguery.

Let me state clearly that I’m all for the separation of church and state that’s spelled out in the U.S. Constitution.

That doesn’t mean, however, that there’s no room for legitimate religious or theological ideas and standards to inform our public discourse and debate.

This occurred to me as I was watching SoCal powerhouse attorney Patty Glaser receive honors from the American Association for Jewish Lawyers and Jurists a few weeks ago—and you can see coverage of that event here.

The AAJLJ can’t look past religion—just think of the group’s name.

Then consider their slogan: “Justice, Justice, Shall You Pursue.”

The verse comes from Deuteronomy, also known as the fifth book of both Judaism’s Torah and the Christian Old Testament. It serves as a reminder of how religion—not necessarily mine or yours, but religion in general—can offer valuable perspectives to the larger society. 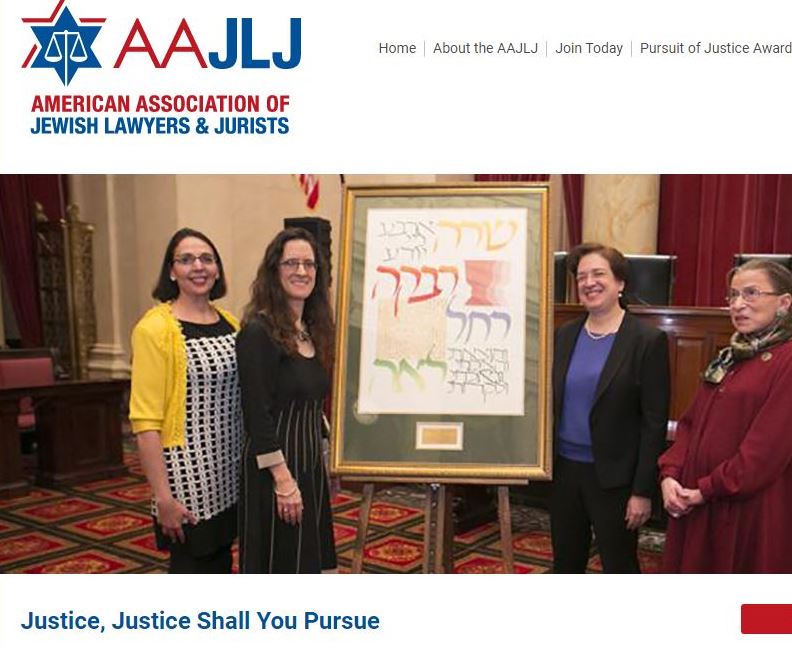 Start with some critical thinking about why the verse refers to “justice” twice.

Rabbi Michael Melnicke, who spoke at the AAJLJ proceedings, gave an eloquent explanation that I will boil down here:

Justice is mentioned twice because it is not enough to simply seek justice, he said. The seeker of justice also is obligated to pursue that end in just fashion.

Rabbi means teacher, and Rabbi Melnicke lived up to the billing with his simple explanation, which reminds us that the end does not justify the means. He called on a religious  tradition that rebuts  a rationale of abusive politicians that goes back to 16th century political theorist Niccolo Machiavelli.

Will it be Deuteronomy or Machiavelli for LA?

Another Perspective on Justice

The recent move by U.S. District Judge John F. Walter to again postpone the trial of former LA City Councilmember Jose Huizar on federal charges of public corruption means that we won’t know for more than a year whether justice delayed will amount to justice denied in this case.

The possibility of a denial of justice certainly exists, given the many policy decisions, expenditures of public funds and political campaigns that will emanate from LA City Hall before a prosecution or plea by Huizar might shed additional light on the culture of corruption that envelops the place.

One example of many: Garcetti could be all the way to India before some measure of how much corruption played out on his watch is made public through the courts.

A veteran of Downtown LA-based AEG Worldwide—operator of LA Live, Staples Center and other live-entertainment venues around the world—has stepped into the challenge of the legacy media’s reformation as president and publisher of Los Angeles Magazine, Orange Coast Magazine and Pasadena Magazine.

Informed sources tell me Shelby Russell will take on the challenge from a low-rise office in Culver City instead of the 10th-floor home LA Magazine kept on Wilshire Boulevard until last week. The glossy had spent more than a decade in the high-rise location, just down the street from the Los Angeles County Museum of Art’s famed “Urban Lights” art installation-cum-globally renowned selfie spot.

Russell takes over the SoCal portion of Troy, Michigan-based Hour Media LLC’s portfolio of metro glossies after nearly 12 years with the local base for Denver-based billionaire Philip Anschutz’ multi-pronged empire. Russell served as senior vice president for marketing and cinemas at LA Live until the Covid-19 pandemic all but shut the place down last year. He previously ran marketing for AEG’s LA Kings pro hockey franchise.

Russell did not respond to a request for comment last week.

Chapman University President Emeritus and Professor Jim Doti likes to support the Old Towne Orange businesses just south of campus. He’s a frequent visitor, often strolling the six or eight blocks from his office on Glassell Street for lunch at any one of the many restaurants around Orange Plaza Square—also known as the Orange Circle.

We’ll have to see if his support extends to looking the other way on what could be copyright infringement. It’s a question that comes up in light of Chapman’s status as owner of the rights to Huell Howser’s archives, which include the “California Gold” television show the late legend produced with KCET for PBS stations throughout the state.

“I wonder what sort of royalties Chapman has coming,” Doti said, with a bite of a pulled-chicken sandwich in mouth and tongue in cheek.

Plenty to tickle the brain when Zocalo Public Square and the California Institute of Technology teamed up on a “Behind the Book” event with Magdalena Zernicka-Goetz and Sir Paul Nurse, streaming it live on May 10.

Start with the titles of their books—“The Dance of Life” by Zernicka-Goetz, and “What Is Life?” by Nurse.

It got more interesting when it became clear that both count the sciences as their primary professional arena, with their achievement in letters an intellectual bonus. Zernicka-Goetz works by day as development biologist at the Caltech campus in Pasadena; Nurse has a Nobel Prize to go with his knighthood and presidency of the Royal Society in London, where he also heads the Francis Crick Institute, a leading biomedical research center.

Zernicka-Goetz joined with Roger Highfield on her book, which weaves her personal memoir into an introduction to embryonic research and its clinical, ethical and societal considerations and ramifications.

Need more? There’s a local tie and an LA-OC crossover to boot with Zernicka-Goetz, who is the Bren Professor of Biology and Biological Engineering at Caltech. That’s a post endowed by Donald Bren, boss of Newport Beach-based real estate developer Irvine Co.

Her office is at the Beckman Institute on the Caltech campus, named for Arnold Beckman, a pillar of OC’s growth and economic development. He founded Beckman Instruments Inc. after earning a doctorate at Caltech, and grew it into a major medical device manufacturer in the North OC city of Brea, where it now operates as Beckman Coulter Inc.

The next live-stream edition of SullivanSaysSoCal is set for May 27, with a focus on the intersection of current events, economic development and quality of life. 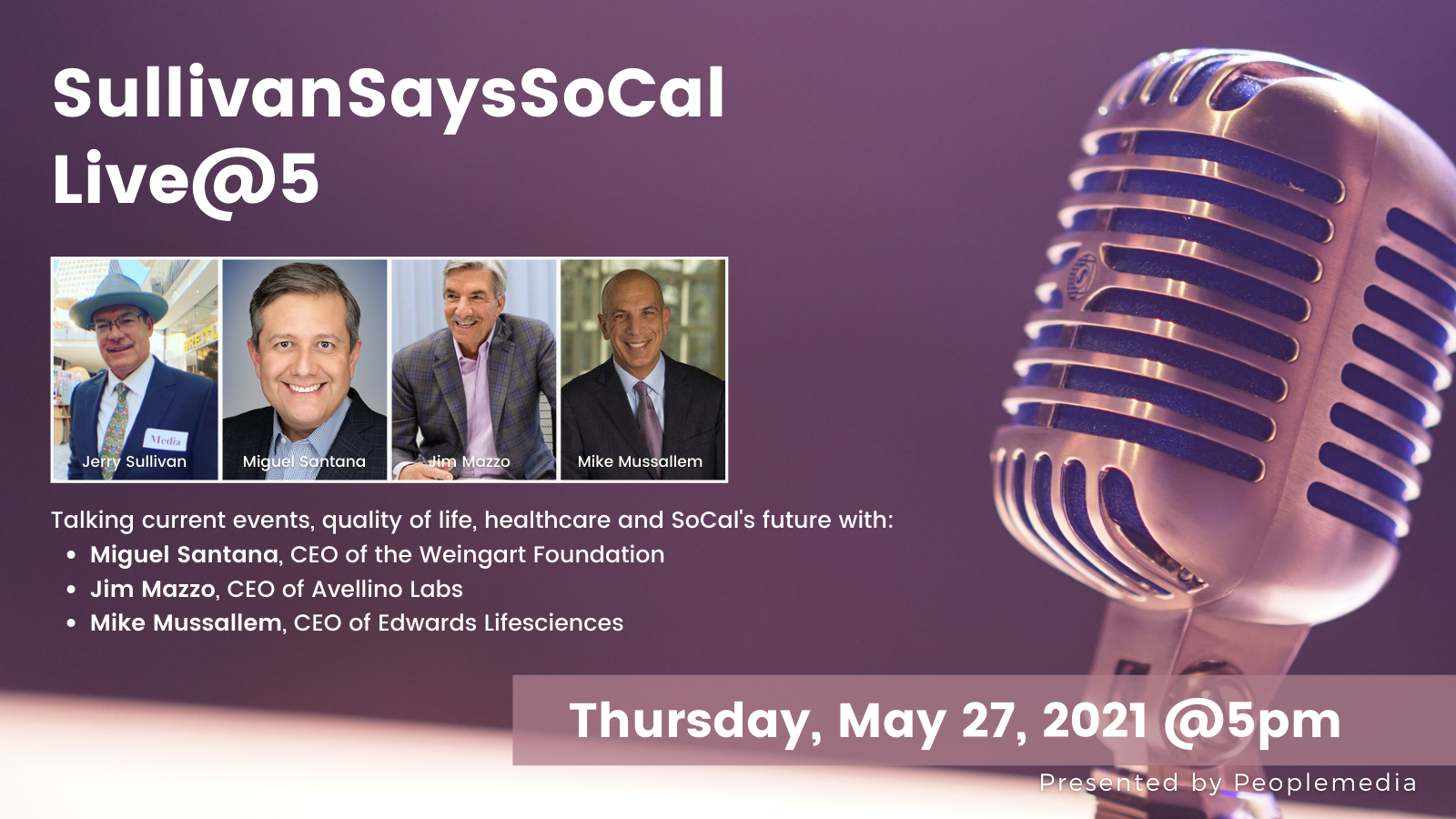 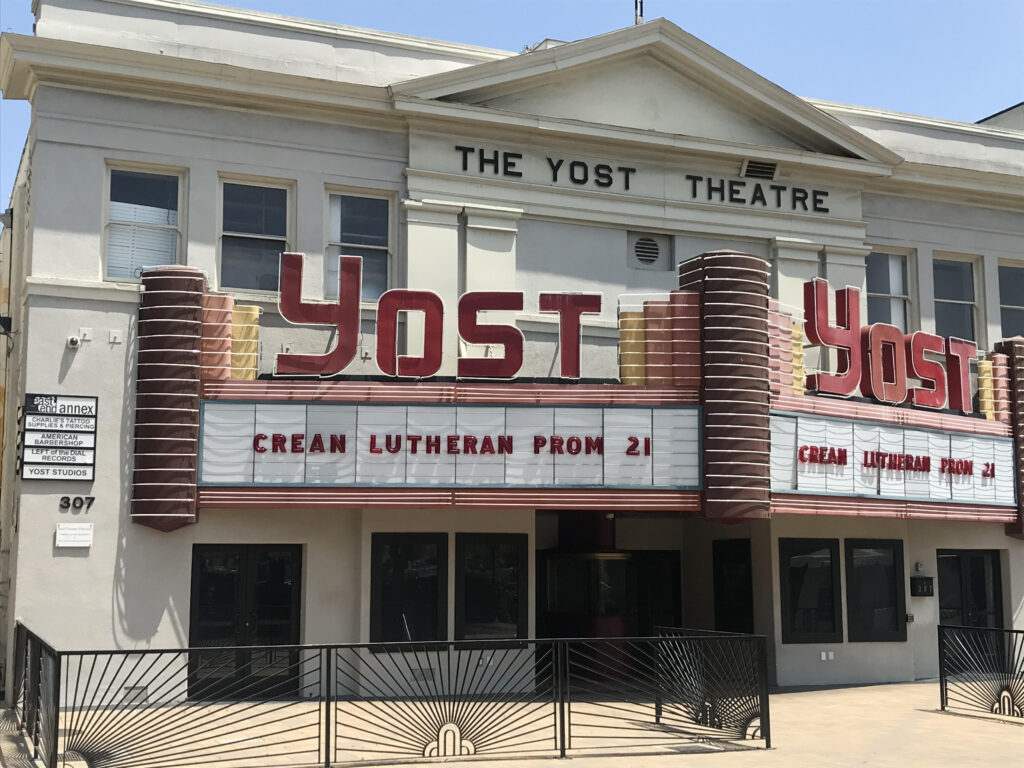 Diversity manifests itself in many ways, and one will happen when Crean Lutheran High School in Irvine holds its graduation ceremony at the Yost Theater in Downtown Santa Ana, where visitors will pass by a lovely mural of Our Lady of Guadalupe, venerated especially by Roman Catholics of Latino heritage as the Patroness of the Americas.